With release 22.7.0, we have implemented additional features in proimporter.

Note: For a smooth performance of the tool, we recommend all customers who use proimporter with version 22.5.0 or below reinstalling the tool on version 22.7.0.

Availability of a Connection Manager (multi-client capability) for admins:

With help of the Connection Manager, P6 connections can be configured either via API or via Web Service. 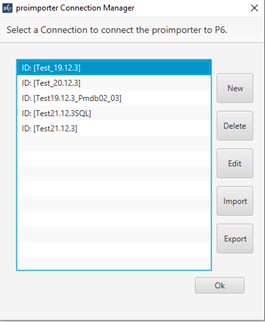 For the P6 connection configuration via API, additional restrictions for the user login to certain database instances within a BREBootrap can be made in the „Database Instance Restriction“ field (e.g. restricting access to only one database instance by entering the instance ID).

The following information is collected for the configuration via API: 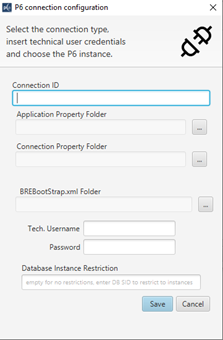 The following information is acquired for the P6 connection configuration via Web Services: 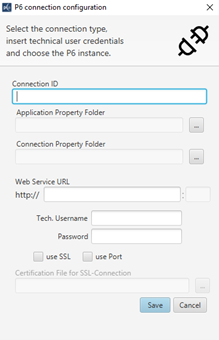 The proimporter user then sees in the login mask which configurations are available to him and can log in accordingly. The login is done as before by entering the Oracle Primavera P6 user with password. A field with the connection selection ("Config") has been added to the login mask.

A progress bar has been added to the visual display of the data import. The user can now track the progress and duration of an import with the help of this display. 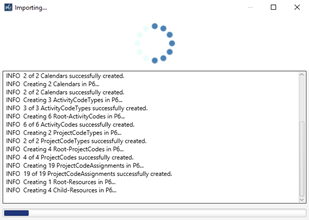 A warning message appears when the import action of a project changes from "Create" to "Update" after changing the project ID. This additional safety mechanism prevents an unintentional update and overwriting of already existing projects and ensures the uniqueness of the project ID during import.
The warning message also appears if an attempt is made to update a project to a specific EPS node without the corresponding access rights.

Display of used Quick Fixes in the ImportLog:

All Quick Fixes used during the import of a project are documented in the ImportLog under the tab "Used Quick Fixes" an can be saved for documentation.

If the import action "Ignore" is set for Cost Accounts, all child elements are also set to "Ignore".

What's next? Stay up to date - with our proimporter ROADMAP! 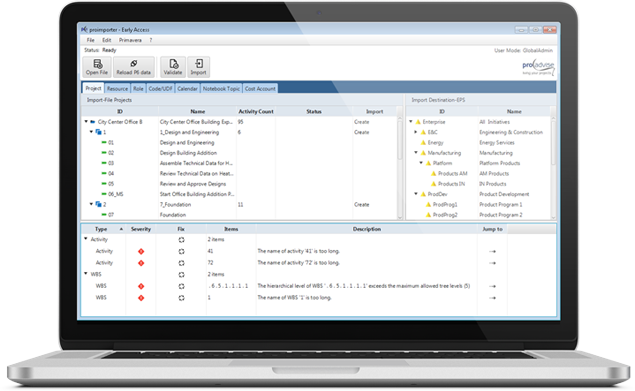 Register here for our newsletter and secure your knowledge advantage!